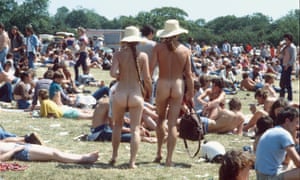 There are conflicting reports as to whether a planned three-day concert to mark the 50th anniversary of the Woodstock festival has been cancelled or not.

Woodstock 50 was scheduled to take place on 16 to 18 August in Watkins Glen in upstate New York state with a lineup including the rapper Jay-Z, the singer Miley Cyrus and the rockers the Killers.

In a statement on Monday, the lead investor in the event said the event had been cancelled.

“Despite our tremendous investment of time, effort and commitment, we don’t believe the production of the festival can be executed as an event worthy of the Woodstock brand name while also ensuring the health and safety of the artists, partners and attendees,” said Dentsu Aegis Network, a unit of Dentsu Inc.

“As a result and after careful consideration, Dentsu Aegis Network’s Amplifi Live, a partner of Woodstock 50, has decided to cancel the festival.”

But in a statement to Pitchfork later in the day, festival organisers said the event would go ahead with new funding and added: “It’s going to be a blast.”

The Woodstock 50 statement said: “We are committed to ensuring that the 50th anniversary of Woodstock is marked with a festival deserving of its iconic name and place in American history and culture. Although our financial partner is withdrawing, we will of course be continuing with the planning of the festival and intend to bring on new partners.”

The festival promoter and co-founder of the 1969 festival Michael Lang also denied it had been cancelled. After Dentsu released its statement he told the New York Times: “They do not have the right to unilaterally cancel the festival.” He said the acts had already been paid in full.

The August 1969 Woodstock festival, billed as “three days of peace and music”, is regarded as one of the pivotal moments in music history. That festival also had to make some last-minute rearrangements when it lost its original venue and was moved to a farm in Bethel, New York, a few weeks before it went ahead.