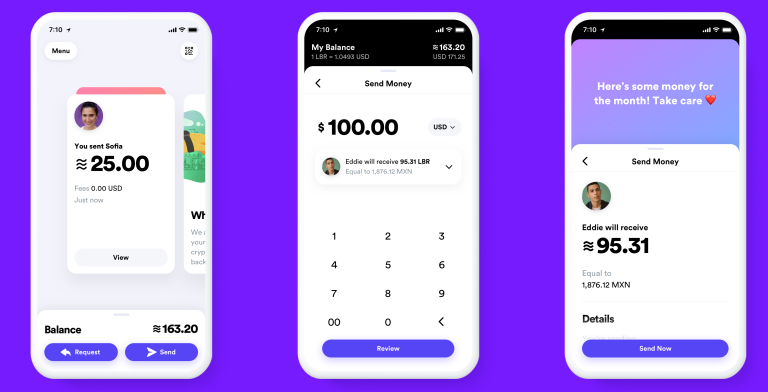 In an effort that Facebook is saying will transform the way we exchange money, they are releasing a cryptocurrency called Libra calling it a “new global currency powered by blockchain technology” and will launch in 2020.

The goal is for Libra to become the first mainstream digital currency. The currency will be available for Messenger and WhatsApp users worldwide and will allow users to send money to each other at “low to no cost,” according to a recent white paper from Facebook. This will be different from the current payment system through Facebook Messenger as the user will be transferring a secure currency in real time instead of it being processed through a banking system.

Their plan is for the currency to be a replacement for paper money and even debit and credit cards. They say they would like to create a more efficient payment system that holders can use immediately and directly from their apps. While this sounds much like Venmo or PayPal, Libra differs in a few ways.

Libra is built on a native blockchain and backed by a reserve of several currencies meant to mitigate the impact of price volatility. According to Facebook, the idea for Libra is to operate more as digital cash than the traditional cryptocurrency model.  With 1.7 billion adults globally outside of the financial system, their goal is to make it easier to transact with and to offer faster cash solutions.

“Success will mean that a person working abroad has a fast and simple way to send money to family back home, and a college student can pay their rent as easily as they can buy a coffee,” says Facebook in the white paper.

One of the biggest initiatives from Facebook for Libra is the ability to function as currency for migrant workers, unbanked populations in the developing world and for those who have little access to funds like those traveling abroad. Libra can help people keep their funds safe and accessible without the need for banks.

They also announced that they are starting a non-profit foundation called Calibra based in Switzerland that will govern the currency. This would allow Libra to have the same functions of a financial institution, such as hosting bank accounts, administering loans and credit, and connecting to Calibra-branded ATMs which will convert into local currency.

Facebooks says they will not keep full control but will instead share control with other organizations, such as venture capital firms, credit card companies, and other tech giants. Facebook already has backing for the project from 27 organizations, including Uber, Visa, Spotify, Vodafone, Mastercard and nonprofit Women’s World Banking. Each of these partners has agreed to invest at least $10 million in the project.

Rather than operating like a traditional distributed ledger which is made up of a bunch of data, Libra uses a single data structure that records all transactions and states over time. David Marcus, Libra’s co-creator, tweeted that it will comprise three components: a blockchain, a reserve-backed currency (the digital wallets will be locally regulated in each country) and a new programming language called Move.

Unlike Bitcoin, you will not be able to “mine” for Libra. Instead you will buy the currency based on a new global currency standard, like the US dollar, however, it is expected to be more stable and easier to exchange between countries. This could mean that the government will step in with regulations around this new digital currency pretty soon.

Experts say that Facebook does not seem to profit off the transactions but there are other ways for them to profit from this currency, even with the promise of not selling targeted based ads on Libra. The biggest concerns come from Facebook’s notorious record for data privacy issues and scandals and what this will mean for Libra.