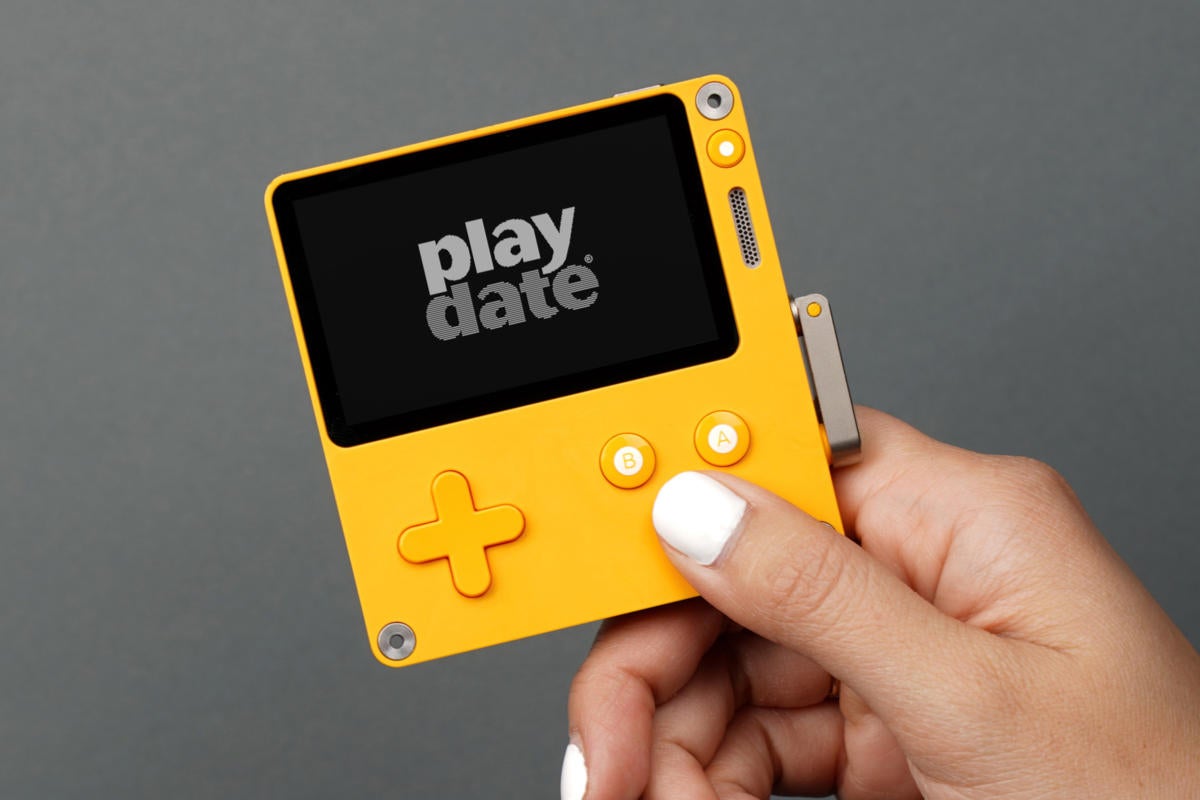 Indie app developer Panic may be best known for its fun and useful Mac and iOS software, but its latest venture is decidedly outside the box. Building on the success of the cross-platform game Firewatch, which it published, the team is building a handheld video game system called Playdate that’s just as fun and quirky as Panic’s iconic app icons: It’s yellow, has retro Game Boy charm, and features a Model T Ford-style crank.

Panic says the device “fits perfectly in a pocket” and is built “entirely from scratch,” right down to its Playdate OS, a full-featured SDK supporting C and Lua development, and a Mac-based simulator and debugger. Instead of a color screen, Playdate sports “a black-and-white screen with high reflectivity, a crystal-clear image, and no backlight.” It also has a headphone jack. And did we mention its crank?

Panic says the crank will be instrumental in gameplay. For example, its first title is literally called Crankin’s Time Travel Adventure, and will use the crank “to control the flow of time, backwards and forwards.”

Also innovative is the way game will be delivered. Rather than buying games through a digital storefront, Playdate will deliver games over the air automatically “once a week for 12 weeks, and they’ll be a surprise: when the new game light flashes, you’ll never know what you’re about to play.” Panic doesn’t say whether old titles will be replaced or not, but games will run the gamut from well-known to under-the-radar developers.

There’s a lot of other stuff we don’t know about Playdate too, including specs and sound, whether there will be in-app purchases, if titles will be exclusive to the platform, or whether the crank will be a requisite for gameplay. Nor do we know how long the battery lasts (though we do know it uses USB-C to charge). But from what we see so far, Playdate is certainly an intriguing device from a developer with a fantastic track record—though hardware and software are two entirely different beasts.

Playdate will cost $149 and is due to release in early 2020, with pre-orders beginning later this year.