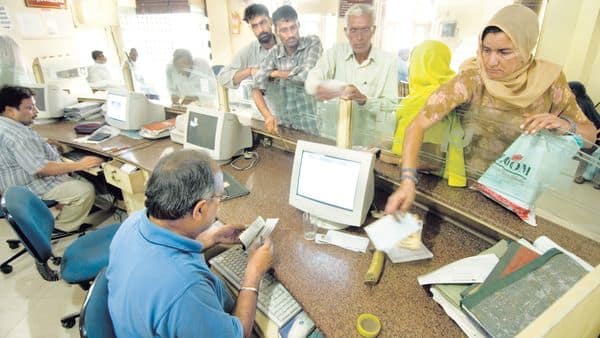 Against the backdrop of a shaky financial system and the recent collapse of the Punjab and Maharashtra Co-operative (PMC) Bank, the Union budget proposed to raise deposit insurance to ₹5 lakh per depositor from the existing ₹1 lakh. The greater cover is likely to assuage depositors and restore some faith in the financial system.

According to Anil Gupta, vice president and sector head of financial sector ratings at ICRA Ltd, the measure is expected to increase the deposits insured as a percentage of total deposits to around 40-50% from 28% as of FY19.

“I believe that this move will benefit the banks where depositor confidence is low and people kept only up to ₹1 lakh in such banks. Depositors could now put in a larger sum of money and possibly at higher interest rates also,” said Gupta.

Banks with relatively less depositor confidence typically pay higher interest rates to attract funds. For instance, while State Bank of India and HDFC Bank pay 6.1% and 6.3% interest rate, respectively for a one-two year deposit, Suryoday Small Finance Bank and AU Small Finance Bank pay 8.25% and 7.5-7.63%, respectively on deposits of the same tenure. The general public perception is that state-owned banks, notwithstanding their risk profile, have a sovereign guarantee on deposits.

“The increase in deposit insurance cover to ₹5 lakh makes deposit insurance to per capita (income) in India, one of the highest after Brazil and the US. This will bring back trust in cooperative banks, although we expect it will be only the proposed reforms in regulation of cooperative banks that will make the circle complete,” said Soumya Kanti Ghosh, group chief economic adviser at State Bank of India.

The Deposit Insurance and Credit Guarantee Corporation (DICGC) is governed by the provisions of the DICGC Act of 1961 and the DICGC General Regulations of 1961 framed by the Reserve Bank of India . At present, banks pay 10 paise for every ₹100 of deposits it has.

In FY19, DICGC settled aggregate claims of ₹37 crore in 15 cooperative banks. There were no claims from commercial banks. “The claimed amount was primarily for banks in Uttar Pradesh, Odisha and Maharashtra,” the corporation said in its 2018-19 annual report.

Credit Suisse also said in a note on 1 February that the move may benefit smaller private banks and the estimated increase in insurance premiums is about $4 billion for system (or around a 25-basis point impact on deposit costs), which will likely be passed on to borrowers or depositors.

There is still a debate over whether the deposit insurance premium should be different for different categories of banks, based on risk. Mint reported on 16 December that in the past two decades, commercial banks have paid 13 times the premium charged to cooperative banks, citing data from DICGC.

Gupta of ICRA said that for fair competition, the premium should be aligned to the bank’s risk profile.

“Moreover, the corpus of the DICGC should also be increased to be able to meet any future requirements arising out of an unlikely event of a bank failure. That could be done by increasing the deposit insurance for banks with weak asset quality and thin capital buffers,” he explained.

While the increase in deposit insurance—the first since 1993—may not be sufficient, considering people keep greater sums in banks nowadays, the proposal has partially addressed the current unease about the financial system, simmering since the crisis at PMC Bank.