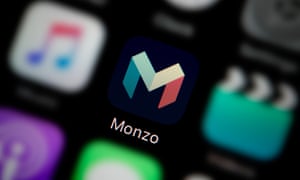 The rise of Monzo has been nothing short of remarkable. Rave reviews from customers who universally loved its app-based banking, plus awards and glowing write-ups from the likes of Which?, helped it to become the UK’s fastest-growing bank. But what has led to so many customers claiming they have been badly let down after Monzo froze their account for no apparent reason? Others claim the bank has refused to refund fraudulently taken payments.

In the past few months, complaints from previously happy Monzo customers appear to have grown alarmingly, at a time when the bank is trying to get more people to go “full Monzo” and use its service as their main current account.

Resolver, the independent online complaints resolution service, this week told Guardian Money it had received more than 700 complaints in a little over a year about Monzo, which it describes as a surprising number for a relatively new business. The majority have come in during the past six months. In a third of those cases, its users are specifically saying that their account has been frozen or shut down.

A private Facebook group, “Monzo stole our money”, has grown to 850 members, mostly customers complaining that their accounts were frozen without warning. The stories on it may alarm some of those thinking of going full Monzo, with reports of accounts shut days before Christmas, and waits of several weeks to get balances returned. Some posters describe having their accounts reprieved and receiving £750 compensation. Others have reported taking the bank to court to get their balances returned.

In October, the BBC’s Watchdog programme highlighted the account closure problem, and the impact its policies were having on the bank’s customers. On the review website Trustpilot it is a similar story, with 13% of reviewers rating Monzo as “bad” at the time of writing. Posters have described being left at petrol stations unable to pay for fuel or stranded abroad after their account was frozen without warning.

Despite this, Monzo denies that it has changed the way it monitors activity, or that it has a problem with freezing accounts. It claims that when it investigates its frozen accounts, it finds it made the correct decision in 95% of cases.

Monzo’s 3.2 million customers manage their account using its mobile app. There is a phone line, but those who have their account frozen after the bank finds irregularities are barred from using it.

Resolver’s Martyn James suggests that the company appears to be in denial. “It’s clear that something is going wrong with Monzo’s current account systems. With people reporting that low-value transactions seem to be resulting in frozen accounts, it’s clear this can’t be anything to do with the laws surrounding money laundering.

“Even if a bank decides it doesn’t want your business, it has to give you a month’s notice to make alternative arrangements. Shutting accounts and declining to help has a huge impact on people – particularly if they are getting by on tight budgets or benefits,” he says.

Arun Chauhan, a solicitor dealing with financial crime, told Watchdog that Monzo’s compliance procedures appeared not to have caught up with its growth in customer numbers.

Some customers have separately contacted Guardian Money to describe their bafflement at their treatment after they were the victims of fraud. Customers’ inability to talk to someone at Monzo when things go wrong has become a particular source of anger.

Mick Lown, from Kidderminster in Worcestershire, who is retired and makes guitars, says he was initially delighted with Monzo, particularly its fee-free purchases abroad. He is furious, however, at its response after his eBay account was hacked and £141 taken from his Monzo account to pay for two video games.

He says the bank initially refunded the money, but it was then taken from his account a second time. All his attempts to get the bank to refund the payments, which he is adamant he didn’t authorise, failed.

“When I challenged it, they sent me proof from a totally unrelated purchase but refused to refund the money,” he says. “Their automated response system is impossible to deal with if you have a serious complaint. I’m now going to have to go to the ombudsman. I’m just pleased I kept my main bank account as I no longer trust them.”

In December, Money spoke to customer whose Monzo account was taken over by fraudsters, who sent £214 to a Dutch account.

The customer says she was initially told that there was nothing the bank could do, even though the payment was clearly unauthorised and fraudulent. Following Money’s intervention, her money was returned.

A spokeswoman for Monzo says: “It’s wrong to draw any conclusions about Monzo’s financial crime practices and customer service by solely using anonymous comments made online. Regulation prohibits all banks from discussing with anyone why an account has been blocked – it’s a legal offence called ‘tipping off’ that is designed to protect ongoing law enforcement investigations.

“Blocking accounts is a legal requirement, and as a regulated bank we have a duty to detect and prevent financial crime.”

The spokeswoman says that, having investigated, the company stood by its decision in relation to Mick Lown’s case. “Where we get things wrong we put them right and compensate customers,” she adds.

James Daley, who runs the Fairer Finance website, says it is no surprise to see cracks possibly starting to appear in the challenger bank’s offering. “Monzo has looked to be the triumph of marketing over substance. While it is relatively easy to build a mobile app, history teaches us that it is very hard for a new bank to build up the kind of systems needed to properly manage millions of accounts.

“We have seen it with Metro, and now seemingly with Monzo,” he adds. “Our most recent research found that relatively few Monzo customers use it as their main current account, and I don’t see that changing any time soon.”