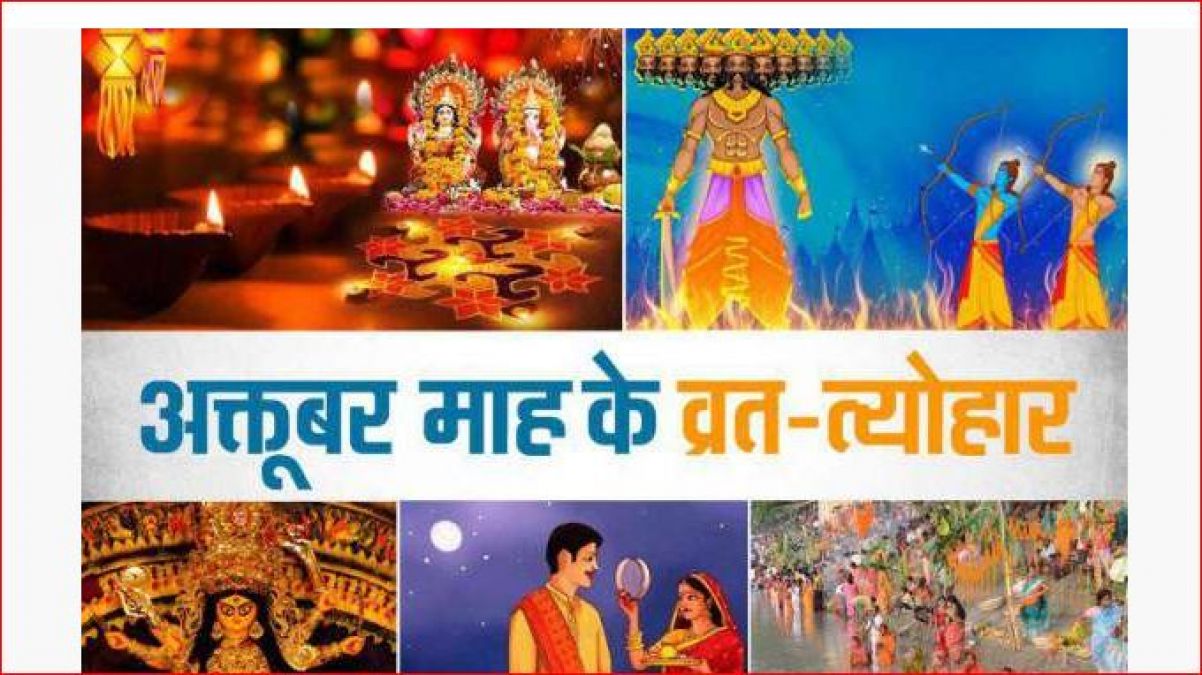 The month of October has started and this month is full of fast-festivals. In such a situation, according to Hindu calendar, many big and important Teej-festivals are to be celebrated in the month of October and with this, Goddess Durga will be worshipped for nine days of Sharadiya Navratri in the early days of October. In the same month,  big festivals like Durga Puja, Ramlila, Dussehra, Karva Chauth and Diwali will be celebrated and in addition, many fasts will be kept. Today we are going to tell you the list and dates of this month’s fast-festival according to the Hindu calendar.