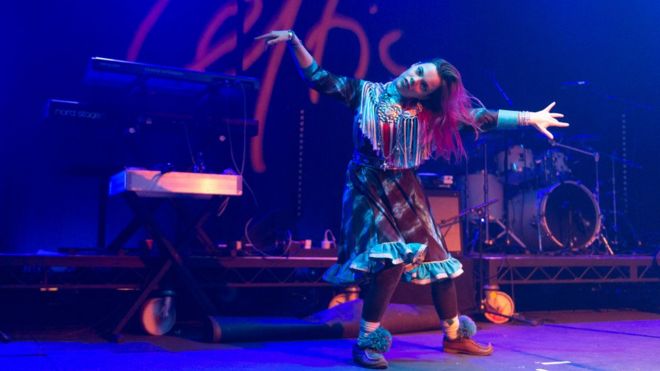 The 2020 edition of Celtic Connections has closed after 18 days of “dynamic and creative collaborations”.

The Glasgow festival opened on 16 January with a concert of six new compositions performed by the 85-piece Grit Orchestra.

About 130,000 people attended more than 300 events during the festival.

Organisers said more than 2,100 artists from around the world had performed at this year’s Celtic Connections.

It was first held in 1994 and is now considered to be one of Europe’s top winter music festivals.

“Though it’s sad when the music stops, it’s also great to look back on such a successful event as this one, which has brought together so many talented performers and presented so many dynamic and creative collaborations,” he said.

The new compositions heard at this year’s opening night at the Glasgow Royal Concert Hall were commissioned through a Scottish government fund to mark the 700th anniversary of the Declaration of Arbroath. They included a custom-written contribution from playwright and former Makar, Liz Lochhead.

A “mini-festival” was also held, with a number of concerts, exhibitions and workshops celebrating Scotland’s Year of Coasts and Waters.

The festival drew to a close on Sunday evening with Ali Levack announced as the winner of the BBC Radio Scotland Young Traditional Musician of the Year after a performance from the six finalists.

Alan Morrison, head of music at Creative Scotland, said: “Celtic Connections is a shining example of how culture – and Scotland’s deep and heartfelt traditional culture in particular – can build bridges between people from all over the world.

“This year’s festival took place at a time when political landscapes were shifting around us and artists everywhere were facing up to fresh challenges.

“And yet, over the past three weeks, Celtic Connections has welcomed friends from abroad, introduced Scotland’s rising stars to new audiences, and found a common language in the instruments we play and the songs we sing.”

Next year’s festival is due to take place from 14 January to 31 January.