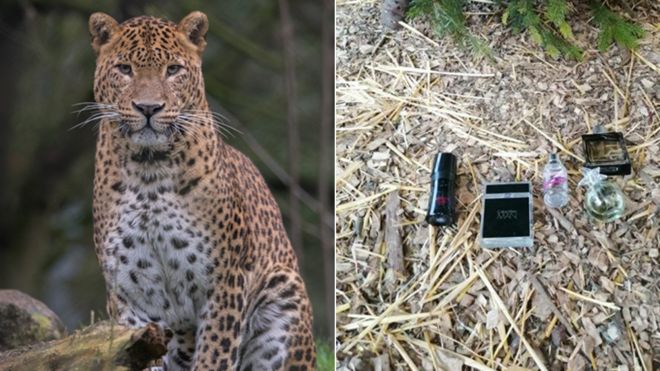 A zoo has appealed for people to donate any unwanted perfume to its big cats.

Banham Zoo, in Norfolk, said the scents were a roaring success with their lions, tigers and leopards who “respond very positively to unique scents when sprayed in their enclosures”.

The zoo has asked visitors to drop off any perfume when they visit as stocks are running low.

Animal manager Mike Woolham said: “For some reason Calvin Klein perfume is a huge hit with all big cats.”

But any perfumes work well as keepers “like to offer them a variety of different smells”, Mr Woolham said.

In October 2018 bottles of Obsession for Men by Calvin Klein were brought in by wildlife officials to try to capture a tiger thought to have killed people in India’s western state of Maharashtra.

The experts there said the fragrance contains a pheromone called civetone derived from the scent glands of a cat-like mammal called the civet, which is often used in cologne. During an experiment at New York’s Bronx Zoo, jaguars were showed to love the perfume.