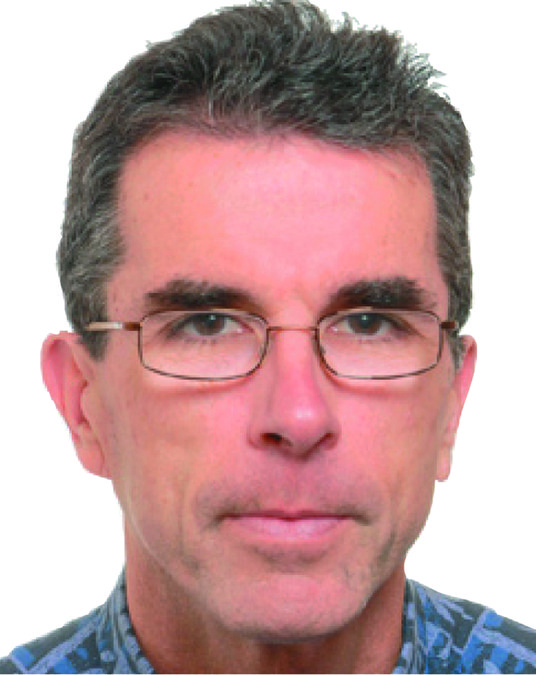 I was making my way to the escalator of the eastern Macy’s store at Vintage Faire Mall in Modesto on Saturday.

I was perhaps 60 feet away — the view of the elevator was blocked — when I rounded a corner and suddenly was overpowered by an odor. I remember wincing as I kept walking. Suddenly my throat was irritated and my eyes were itching.

This was a completely new experience for me.

As I rubbed an eye, I turned to Cynthia and told her I had to get out of there. I had no idea what was happening but I felt like I was struggling to breath.

Then as we made a right turn it was completely clear what was going on. There were three or four young ladies that were dressed alike — I assume they were Macy’s employees. Each had a small bottle of some fragrance above their heads and were spraying them with complete abandon.

I had to walk the gauntlet past Macy’s cosmetics department to reach the escalator. As I rushed by they were giggling and still spraying the air.

Twenty minutes later on Highway 99 heading back to Manteca my eyes were dry, I had a slight headache (my first in years),  and was taking on water like the Titanic. I also decided I wouldn’t be going back to Macy’s any time soon.

I need to be real clear on this point. I do not — and never have had — breathing problems. Over the years I’ve had to deal with some pretty raunchy odors. I’ve never had a reaction before to perfume. I have been around some fairly repugnant (at least to me) and overwhelming users of perfume and cologne. Some people apparently feel if a little dab is great using half a bottle would be fantastic. And the biggest offenders by far have been guys who are a bit too much into cologne. I do not need to live in a bubble. And although perfumes and colognes aren’t my thing, I’ve always taken a live and let live approach — until Saturday that is.

At 63 years of age I’ve probably have passed by or through department store cosmetic areas several hundred times if not more while people have been trying samples. I’ve even been with Cynthia when she’s tried various perfumes. Each time, if I recall correctly, the store associate — the folks we used to call sales clerks before the Age of Retail Enlightenment — would spray a small sample or so on a woman’s wrist or thereabout.

I have never seen an associate or costumer — let alone three or four — gleefully spraying the air as if they were fumigating.

The age of those eager to share a perfume that they thought was ‘the bomb” — yes, I realize the “in” word these days that starts with a ‘b” to describe something that’s cool isn’t “bomb” but I’m not really itching to use the term despite its seemingly universal acceptance — was easily 10 years less than a third of mine.

I get that Macy’s is trendy. I understood that back in 1995 while shopping for Chanel No. 5 for Cynthia at the Modesto Macy’s as well. They did not have it in stock. The young sales associate, trying to be helpful I assume, then tried to steer me toward Red Dior perfume telling me it was much better than Chanel No. 5. I declined her suggestion and asked if she could check with the Stockton store for me. I do not know if she was getting a commission for selling Red Dior but she clearly didn’t chose her words well when she continued her pitch.

“Chanel No. 5 is more of an old woman’s perfume,” she offered.

I rarely engage a sales clerk who may not have realized they were treading on thin ice or were off-handily making a remark that was flippant without grasping what they were saying when I am inquiring about purchasing a specific item. Needless to say, I did not hold my tongue.

I told her — in somewhat of an even tone — that she just inferred my wife was an old lady.

She took this as a sign she could make a sale so she doubled down.

There was no rancor or hint of being uppity in her voice.

I was dumbfounded. First it wasn’t my idea to buy Cynthia Chanel No. 5. It was her favorite. And I’ve got to agree that it is a classic scent that classy ladies wear. But then again Stephanie Powers and not Lady Gaga is my idea of class if I had to equate it to how a celebrity carries themselves.

Long story short, I simply walked away and found another store that didn’t mind taking close to $100 from me whenever I got the urge to buy Cynthia the perfume that she liked but considered it too big of a luxury to buy for herself.

I did not hold that 1995 incident against Macy’s. I’m not too sure, however, about Saturday’s experience.

I am far from someone who has an issue with scents but I do know more than a few people that experience what I did Saturday for the first time on an all-too-common basis. One would hope stores have some general rules of engagement with customers that might include not using perfume as air freshener in a misdirected effort to stoke sales.

Perfumes and colognes — just like body piercings and tattoos — tend to be a personal decision. What appeals to me doesn’t appeal to someone else. To foist your “scent” on someone else by being overly liberal with applying it and then going into public places where you will be in confined spaces whether it is a crowded restaurant, an elevator, or standing in line is a tad inconsiderate. And certainly trying to “gas” those that pass by a cosmetics department that is almost always on a main walkway is not exactly customer friendly.

As for my choice in cologne, I do not wear any.

That said a few years back I had a woman come up to me as I was stretching before the start of a group exercise class at the Tracy Boulevard In-Shape City in Tracy and tell me she liked my cologne.

I told her I didn’t use cologne and the only thing I had on was Arrid Extra Extra Dry Ultra Fresh deodorant.

She looked at me as if I were brain dead but kept smiling as she said she really liked the smell.

I thanked her and went about my stretching thinking I must have applied too much deodorant.

In retrospect I obviously was brain dead just like the prancing young ladies in Macy’s on Saturday gleefully spraying whatever hideous perfume they were hawking.

This column is the opinion of executive editor, Dennis Wyatt, and does not necessarily represent the opinion of The Bulletin or Morris Newspaper Corp. of CA.  He can be contacted at [email protected] or 209.249.3519.